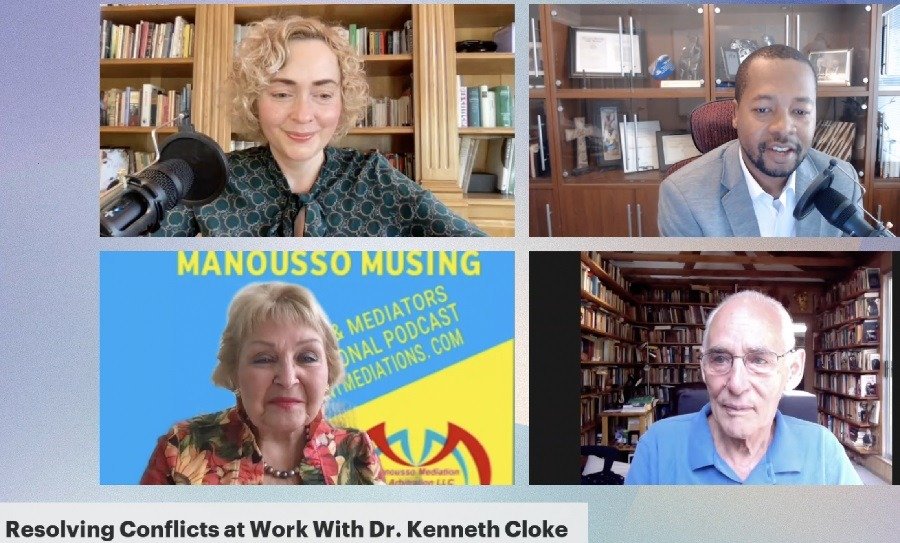 Resolving conflicts at work with Dr. Kenneth Cloke, was our recent episode on the IM Podcast. It was done as part of the series, Titans of Mediations, with seasoned mediator trainer, Dr. Barbara Manousso.

A little snippet of the conversation:

Well, I think that the origin of the book [Resolving Conflicts at Work] actually has three separate points of Genesis. First, everyone has had difficult work experiences. Everyone has experienced conflicts at work, and become frustrated over the inability to resolve them. Second, I was a administrative law judge for the California Agricultural Labor Relations Board and the Public Employment Relations Board. And I was responsible for, like all judges doing something that was just unfair in searching for solutions to these difficulties. And what I found was that my role as a judge didn’t allow me to discover the information that I needed in order to help people figure out how to solve their problems. And it actually got in my way. And at about the same time, a third element happened and I haven’t really mentioned this much before. I was a law professor also at the time, and I was asked to be the first judge on people’s court, the television program. Yes. And they did a pilot program in which they had a work situation. And without really thinking much about it. I mediated the dispute. Both people were very happy with the outcome. And they fired me because they didn’t have a loser. And there had to be somebody to lose in order for there to be dramatic value. And so these three themes kind of came together and made me realize that I Um, something deeper needed to happen in the workplace. So the difficulty is if we think about conflict in general, what is it? How do we define it? And I think the first thing that we can say is that conflict is simply a place where people are stuck. But then if we ask the question, why are they stuck? And in addition, if we ask the question, where are they stuck, we will come up with some interesting answers. So whether it is in the family, in a marriage, in the workplace, in a community, with neighbors, in a political setting, or whatever the situation may happen to be, we experience conflicts in three fundamental locations. First, internally, inside of each of us, second, relationally, or between us. And third, what we can think of is environmentally or systemically around us. So conflicts are within us, between us and around us. And we require different techniques in order to be able to figure out what gets us stuck in each of those locations. So what is it that gets us stuck? One answer? We get stuck whenever we are in the presence of two or more truths. But the difficulty is that if we adopt an approach to problem solving, that says that there is only a single truth, we will get stuck predictively because we haven’t taken account of the fact that there is some additional truth that needs to be considered. And then the question becomes, how does this actually arise in the workplace. And there are so many different ways in which it appears that after looking at this and doing really 1000s of workplace mediations, I realized that something needed to be written in order to describe how it is that people are unable to talk about what bothers them at work. What are some of the reasons why they can’t talk about that? One? Because every conflict has an emotional component. 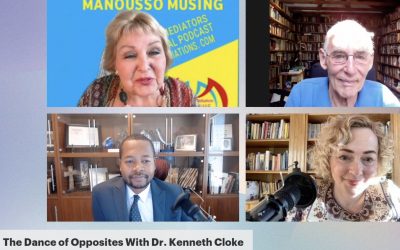 The Dance of Opposites with Dr. Kenneth Cloke 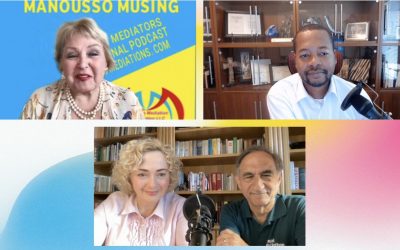 Perspectives of Jeff Aresty of the INTERNETBAR.org on the Conflict in Ukraine 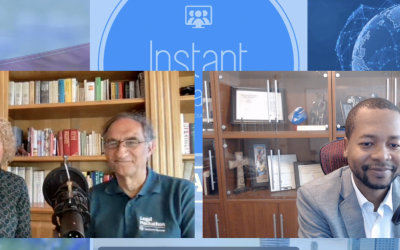 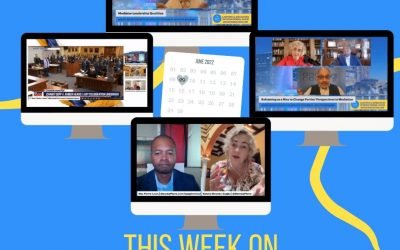 This Week On InstantMediations Podcast June 9, 2022 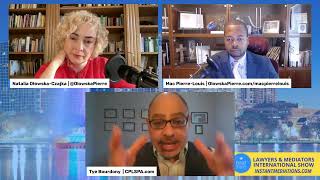 Reframing As A Way To Change Parties’ Perspectives At Mediation